It all started on Friday. Good Friday was different when I was a kid. Back then Easter was a period of almost excessive catholic zeal. I saw through the BS and knew that it was really about the chocolate, but the masses processions and symbolism just couldn’t be avoided. Nowadays it is just a chocolate marketing exercise and all the fun has gone out of it.

Anyhoo, this year I had a last minute epiphany to take Good Friday off. Given that Monday is a bank holiday I was giving myself a four day weekend. What could possibly go wrong? Truth be told I’m a bit of an asshole at times, so long story short, here I am typing at my laptop – very slowly at 7.30 in the morning, doing my best to tell you my story.

Now one could take the aforementioned view that I’m an asshole, or given the religious season that’s in it one could just blame God on the whole thing. You see on Friday I had a chance to have a much needed extra day of rest; however… the sun finally came out. Now if you’re not Irish, you might not get the significance of that but if you are, you will know that that means you have to make hay while the sun shines. It might not be here tomorrow or for another month or indeed this afternoon, no matter what the weatherman ‘thinks’ he knows.

Long story short, I’m up and in my shorts before you can say Benidorm and once suitably attired, I went out to our garden. Finally, I could do a bit of what I like to call ‘tipping around.’ Unfortunately, I don’t have first or second gears. Within the hour I had tangled with the bramble from hell which has taken hold in our hawthorn trees. For the non-gardening fraternity that is, I decided to untangle the second thorniest plant in the world from the thorniest tree in the world, whilst up a latter wearing shorts and a t-shirt. In fairness I did put on gloves.

Now of all my decrepitudes, my old back tops the list. I long since stopped moaning about it, but it gives me hell on a good day to put it mildly. Still I can either get the fup on with life with a bit of auld pain or curl up and die. I chose to get on with it. Getting on with it meant that I needed help from what I like to call the ‘Zombie slayer 2000.’ I wouldn’t ask too many questions but needless to say, come the zombie apocalypse, along with my unnecessary (she says) excess of axes, the zombie slayer 2000 will prove to be perhaps the best investment mankind or indeed I have ever made.

The advantages of this zombie slaying piece of ingenuity, are ironically the disadvantages of the self-same tool when one has a bad back and is up a ladder leaning backwards at full stretch. You see, this ingenious weapon, or gardening tool (for now) also boasts an extendible pole – (I’m telling – you they are missing the whole zombie apocalypse marketing angle) – but given that if is metal, the damn thing is heavy. Good for slaying zombies, bad for leaning back atop a ladder with a bad back.

So… yesterday I wake up and try to make it to the bathroom. I’m a cripple I swear – God is punishing me for working on Good Friday. I swear I will sit down all day and relax and let myself recover. Two hours later I’m shredding through the first proper spring clean of the garden this year only this time at ground level. What? The sun was shining; I put on shorts and wellos!

So the day gets on, I am officially crippled and it’s time for us to go out dancing… As you do. Well technically it was a George Michael tribute act but hey… I’m always going to end up dancing with my nimble footed darling Jo. That’s a given. That’s Holy Saturday shot and given the hour we got home, we’d stolen a bit of Easter Sunday too.

Of course I wake up this morning and the sun is still there. It has been a balmy sunny weekend so far and I should have put my feet up and sat in a sun lounger in the garden sipping on a few glasses of Sangiovese. But I never listen to reason. I’d finished typing this much by eight a.m. I feel like someone has run over my body with a bus. Jo just reminded me that I was giving it socks on the dancefloor last night and my body just looked at me with a shake of its head and a dirty looking ‘ I told you so’ expression. I know I should know better but what you going to do?

Just because I’ve a dodgy ticker, knees that hate me, fupped up ankles, the back of a one hundred and ten year old builder’s labourer and a pair of shoulders that call me names behind my back, doesn’t mean I’m going to curl up and die.

I just looked at my arms. My lovely arms (well I like them) are torn to shreds from hawthorn and bramble thorns. I look like I was in a fight with a tiger. If anyone asks I’m going to say that I volunteer at an endangered owl sanctuary at the weekends, teaching orphaned baby owls to fly. They are a bit clawey and scratchy but hey; someone has to protect the planet…No…a bit too much perhaps…

Anyway, things were different when I was a nipper. It was all about God back in the day. Well God and chocolate anyway. Today, well… the worlds gone to hell in a handcart. I’m not religious but I do miss the days when we all took a little more time out at this time of the year. So today I guess I’ll do the same. God hates me anyway, he is punishing me for fluting around in the garden all weekend and for strutting my stuff to… ca-chink-a chink-a-chink-a-chink… But if he’s up there he’ll forgive me for weaponizing garden tools and dancing on a holy day… well you gotta’ have faith… 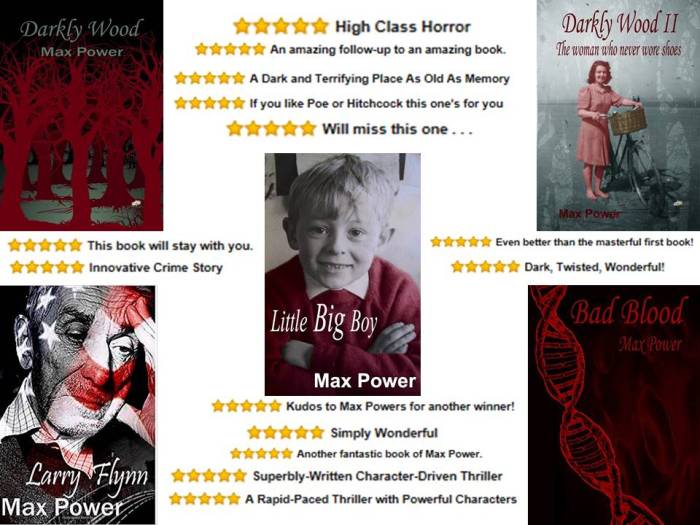